Convinced that a painting with dark powers is plotting to kill her new born baby, young mother Liv (28) is forced to face this threat alone as the people around her fear she’s losing her grip on reality.

We are introduced to Liv (28) who is in de third trimester of her pregnacy, the moment she and her husband James (32) are moving into a canal house in Amsterdam. James has been offered a great position in the business district of Amsterdam, the Zuid-As. The British Couple hug elatedly: they will become a very happy family here! At least, that’s what Liv hopes for … Their brand-new and elderly neighbour spies on the couple as they are moving in, and when Liv and James introduce themselves, she recats a bit tersely and utters the wish that her new neighbours wil not be too noisy.

Among the moving boxes and new household goods is an old suitcase that Liv’s father gave her when, with an aching heart, she had to leave him behind at the retirement home in England. The suitcase contains possessions of her mother who passed away. 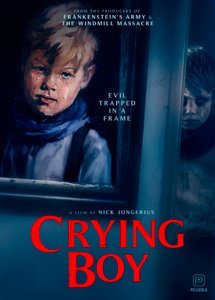